Read the following with caution but this is potentially the most important story the Air Vent has carried.  A paper for open review by Makarieva A.M., Gorshkov V.G., Sheil D., Nobre A.D., Li B.-L. in open discussion here, has revealed what appears to be a gaping hole in climate models.  In previous discussions here it has been stated that the pressure loss by condensation simply didn’t exist in models, but I’ve never checked it myself — until this morning.  Nick Stokes pointed us to the relevant page of CCSM3.  The model is a parametrized version of the physics which leaves out the key factor of pressure drop caused when water vapor condenses.

Now I’m not an expert in models, but I can read math.  The model page linked above indicates the thought process that went into the parametrization and from that, pressure loss from the energy of various components of condensing gas is simply not included.  During the parametrization process, basic physical properties are identified such that you get the right answers without extra calculation.  Skip a step in the simplification and you get the wrong parameter.  What it means is that you can get your mass and energy balance without recalculating pressure.

This is not a SMALL change.  But it is more than one model, what I understand according to Dr.Makarieva it apparently is accepted consensus science!  If true, this physically represents the need for a major change to climate models in general.

As an engineer, you imagine using the basic flow equations, the basic energy content equations, the basic mass equations to calculate pressure and flow which is then linearized for finite element analysis.  The models do all that but are not that detailed in the end.  They apparently skip a  step, a very big one – air pressure change due to condensation. 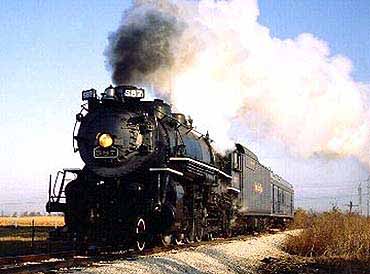 I know it seems preposterous, but in Meteorology, condensation is still considered by some to increase pressure.  From an anonymous reviewer of the hurricane paper by Anastassia Makarieva:

The conventional wisdom is that in the real atmosphere, the condensation heat causes
expansion of the air, hence a lowering of the specific density, hence a lesser weight of
the air column, and this (together with surface heat flux) causes the pressure drop in
the lower layers. From the viewpoint of dynamic meteorology, condensation is not an
“anti-explosion” or “black hole” as claimed in section 4, but rather a kind of explosion.

Nope, they did write it….. and multiple times. Looks like the cow scoop is on the wrong end of the steam engine.  Of course the physics of the situation are more intellectually subtle than described by a steam engine, but NOT much.  The reason that it wasn’t stated this way before was because I’ve never read the math in a climate model so how would I know what is in them.

For a moment, lets consider the basic effects we might see from the massive condensation based pressure drop in meteorological and climate models.  Higher winds and stronger updrafts would lead to more lower troposphere cooling, hurricanes suddenly make thermodynamic sense, overshoot of model temperatures on average should be affected, negative feedback could potentially be explained.

So I would like this to be considered a formal invite for anyone of any background to show us just where in climate model above, this loss of volume from condensation is considered. As a non-expert in models, it seems more than surprising that the volume loss isn’t included so maybe Nick Stokes said it best:

It’s complicated in Chap 4 of the CAM3 text, because they use potential temperature (a good idea), and it’s mixed up with the discretisation. They have also done a spectral transformation. Chap 3 may be easier.
In short, I haven’t located yet where the condensation volume deficit is passed into the N-S mass equation. But I’m sure it is there.

If this turns out to be correct, as it appears to be, climate science has some splaining to do.  You want to see some backtracking on uncertainty, uh oh!

187 thoughts on “Momentary Lapse of Reason”

A Novel Method To Produce Votes

Reader “another ian”, pointed to an article from American Thinker which put an article up which appears to have significance in terms of citizen election fraud investigation. After all, we know the leftist FIB and … END_OF_DOCUMENT_TOKEN_TO_BE_REPLACED

Law is a funny sport. Almost continually, we have one political side distorting words and taking things in a context which suits them and another side trying to follow the intent of the law, except … END_OF_DOCUMENT_TOKEN_TO_BE_REPLACED

Election workers taking ballot envelopes. Signatures, addresses and all required information to vote in this or the next election are included on these. There is no legitimate reason I can think of to take them … END_OF_DOCUMENT_TOKEN_TO_BE_REPLACED